On April 16 this year, Yoji Sato, the Chairman of the Board of the Eurasian Foundation (from Asia), hosted an online guest lecture “The World will become One” at Kazakh Ablai khan University of International Relations and World Languages.

The patron Yoji Sato began his speech with the words of congratulations: “Dear Rector, dear lecturers and students! Please accept my congratulations on the 80th anniversary of Kazakh Ablai khan University of International Relations and World Languages. Your wonderful University has been occupying a leading position as one of the best universities in Central Asia for 80 years since its foundation. Those excellent career personnel, that graduated from your university, now work in various industries and in all regions of the world. In particular, I would like to note that your University organizes the teaching of 14 foreign languages of the world. Thanks to the training of specialists and career personnel who know foreign languages ​​and are focused on international relations, you play an irreplaceable role in establishing ties between Kazakhstan and the whole world. We highly appreciate your contribution to the activities of Kazakhstan at the international level, as well as in maintaining peace and harmony in Central Asia and around the world”. 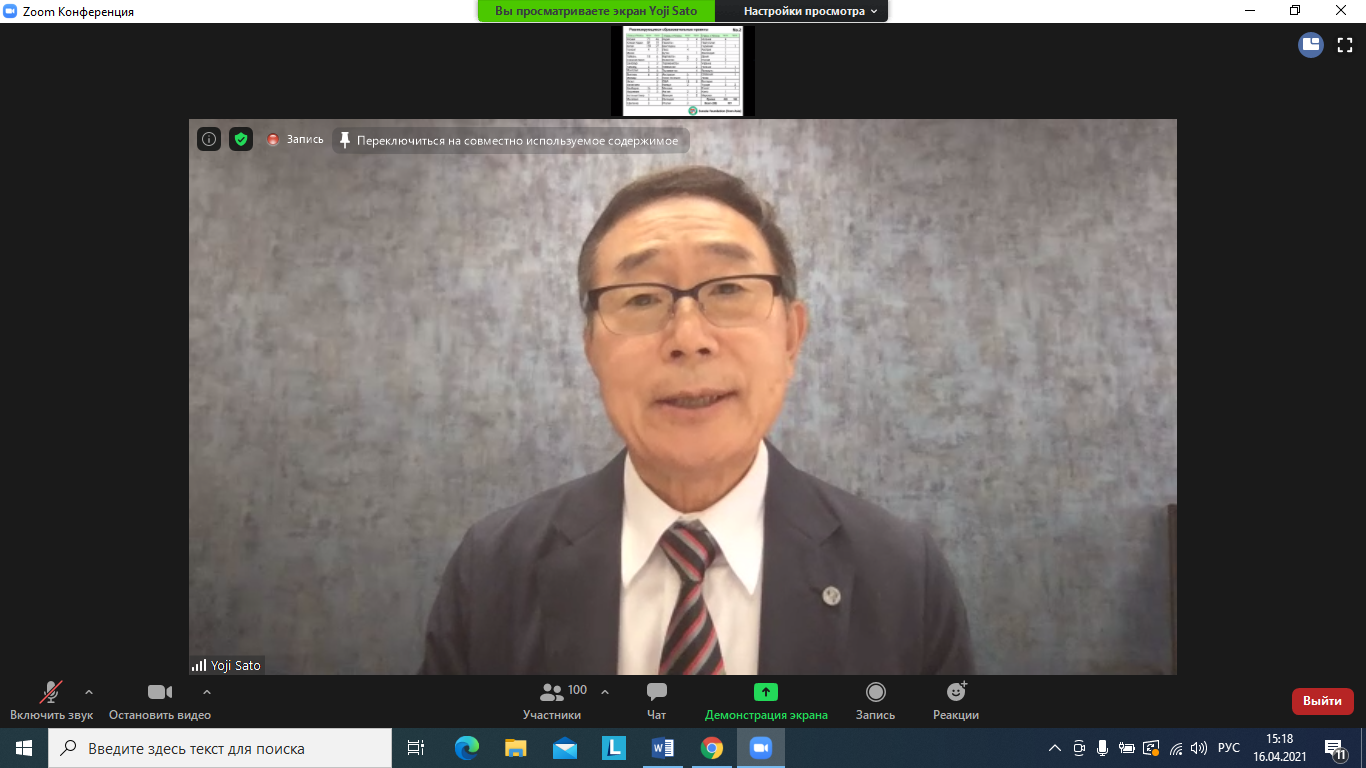 Yoji Sato recalled his visits to our country with warm feelings, he visited Kazakhstan three times and noted his special attitude towards the youth and emphasized that “Our foundation, during these 10 years, has been engaged in noble activities, the purpose of which was to popularize and unite Asia, regardless of countries and nations. Since last year, we have expanded the platform of our activities, focusing our attention on Eurasia, in order to enter the world space. Accordingly, we have changed the name of our foundation from “United Asia Foundation” to “Eurasian Foundation”. In the future, we plan to create a Eurasian Community that would connect Asia and Europe, and the ultimate goal is to create a World Community that would connect the world into a unitary whole”. During a two-hour lecture, Yoji Sato shared his cherished dream that the goal of the Foundation is to make a feasible contribution to eliminate contradictions in the world and create a harmonious and peaceful society in Asia. The current conflicts in the world include wars, political, economic, religious and ethnic confrontations and contradictions, as well as environmental problems. The Foundation does not receive governmental or political support, the Foundation acts as an independent private entity and always maintains a neutral position.

The foundation serves as an open platform for the participation of universities from all over the world. The ultimate goal of all sciences and all religions is the study of truth. Yoji Sato called the study and comprehension of the truth very important for humanity, therefore, thanks to the creation of the “One Asia - One World” courses in 460 universities of the world, we contribute to the understanding of students of world history, culture, religion, politics and economics and their interaction with each other. 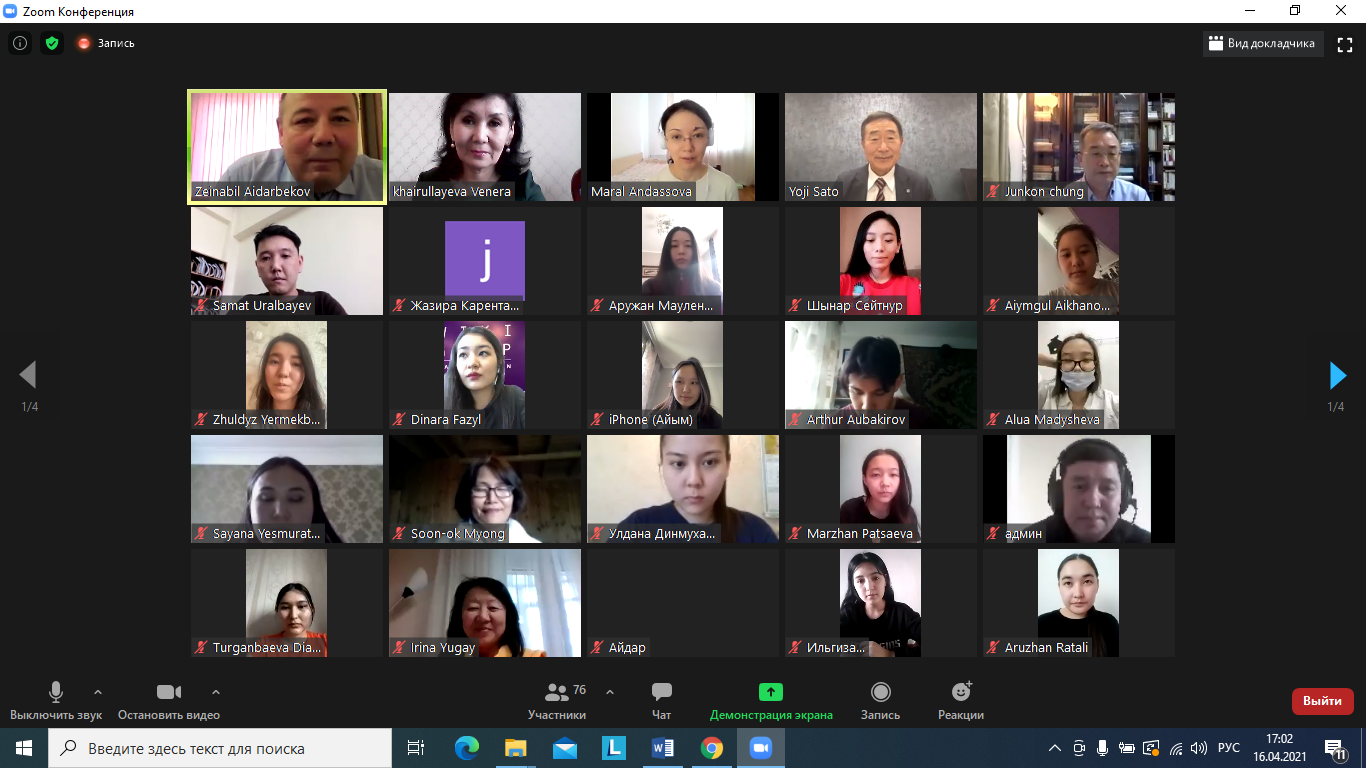 Yoji Sato expressed interesting thoughts “Knowledge also has a limit. However, the power of imagination is limitless. In order to be infinitely close to the truth, we need the power of imagination, which includes the ability to imagine and the ability to believe. In particular, religion and quantum mechanics, in my opinion, are getting closer to the truth”. Sato-San said: “Within the framework of these changes, we see the Central Asian region becoming the most promising of the Eurasian regions, and we think that Kazakhstan is the central driving force in this region. It is also obvious that high expectations should be aimed at educating young cadres who would have a broad outlook and, in the future, could become a link between countries and continents”.

In conclusion, Yoji Sato claimed, “It’s not a secret for anyone that modern universities play a leading role in the training of in-demand career personnel in the 21st century. We are confident that KazUIR&WL, which is celebrating its 80th anniversary this year, is one of the modern multilingual universities that meet the demands of the times and the expectations of society. We wish you, based on the brilliant successes that you have achieved over these 80 years, to continue to develop further, successfully entering the XXII century.

Yoji Sato expressed special gratitude to the lecturer of our university Andasova Maral Murzakaliyevna for professional translation from Japanese into Kazakh and Russian. The lecture of the Japanese patron caused a great response, the Zoom Platform was overloaded, there were many interesting questions for discussion.