In a month they did a great job - they took part in the city tournament “Skill Matrix Practice Cup”, where they won prizes; entered the semifinals at the main tournament of the fall at the University of Turan and held a city tournament for beginners within the walls of the university.

The first city tournament for beginners "Skill Matrix Practice Cup" was held on October 31st. 32 teams from 12 clubs of the Almaty debate community took part in the tournament. Following the results of four rounds, the teams representing the «AUDC Pantheon» debate club took the third and first places in the final standings.

There were some conditions for participation, namely, to be a newcomer to your club. The tournament was organized specifically for those who have recently started to engage in debates, so that they can try themselves as a debater and practice in an offline format.

At each round, interesting and pressing issues were raised, such as the ideology of feminism in different countries, environmental disasters, problems in Afghanistan, the benefits and harms of specialized schools, taboo topics in the media and more. Each topic was unveiled and analyzed by the teams from different angles.

The tournament was held in an offline format within the walls of KazUIR&WL named after Ablai Khan and took place for two days. The organizers, «AUDC Pantheon», organized a coffee break, an entertainment program and prizes for the awarding ceremony.

Of the teams that reached the final, the winners were determined:

The 1st place was taken by the "TOK" team of the SDU debate club, which included Nurasheva Alua and Kozy-Korpesh Bekzat.

The 2nd place was taken by the team “7 minutes” of the debate club of gymnasium school 165, which included Komova Milana and Mamedova Ekaterina.

The 3rd place was taken by the "Tempest" team of the KazNU debate club, which included Chkalov Zhangir and Kosylbaev Bekzat.

Members of the «AUDC Pantheon» debate club acted as judges at the tournament.

This tournament was the first event organized by the «AUDC Pantheon» at the university. The organizers did a great job in selecting participants, preparing and holding the event. 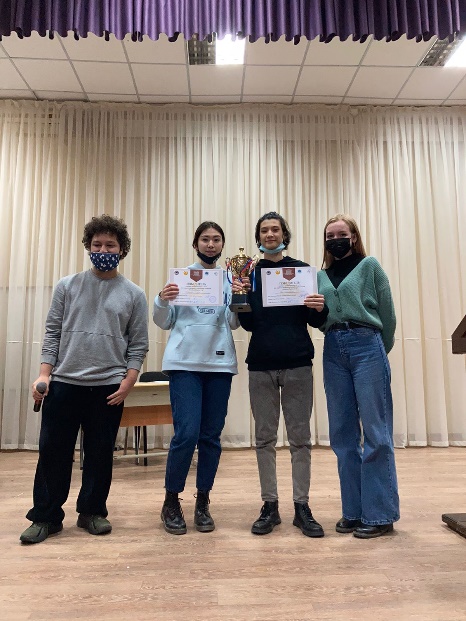 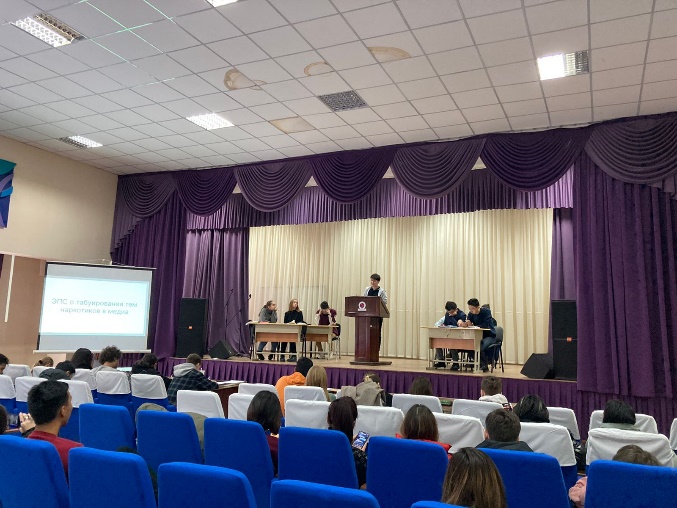 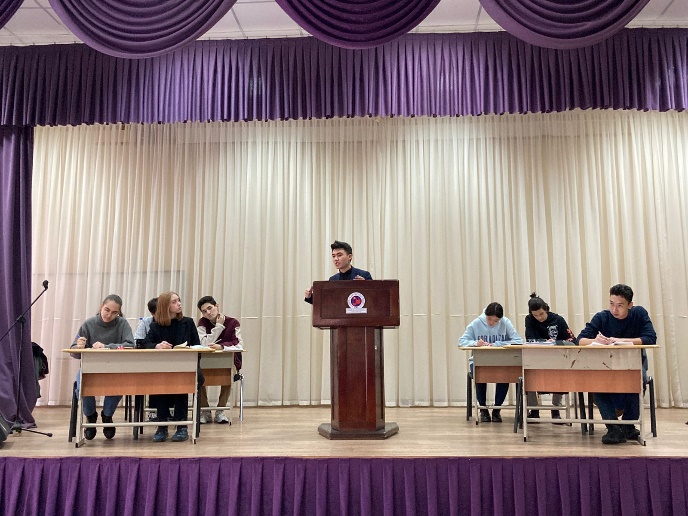 Later, on November 13-14, the main debate tournament of the fall in the Russian league, the "Beginner’s Tournament", was held. The tournament was held at the University of Turan in the BPF format among newcomers who came to the debate not earlier than September 1, 2021.

68 teams from different clubs of Almaty took part in the tournament. Of these, 8 teams are from the «AUDC Pantheon» debate club.

As a result of the tournament, 5 out of 8 teams of the university club passed the qualifying stage to the playoff stage and fought in the 1/8 finals, 3 teams managed to reach the 1/4 finals and one team fought in the semifinals. 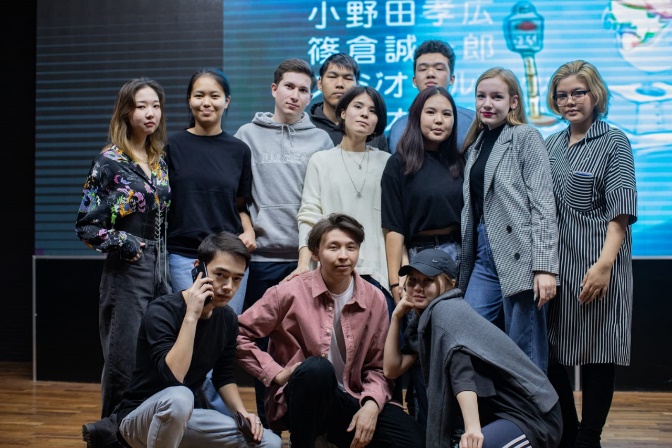 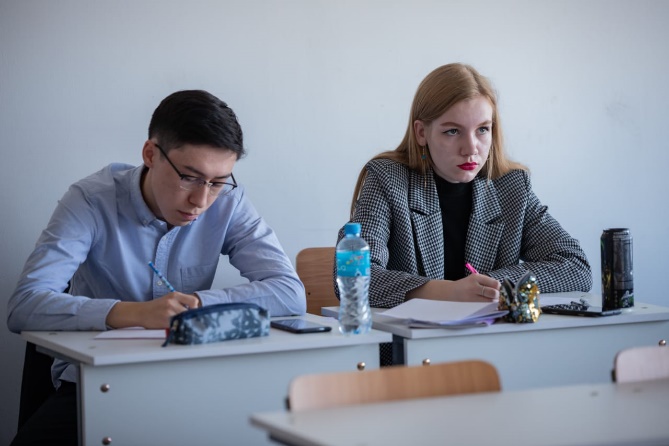 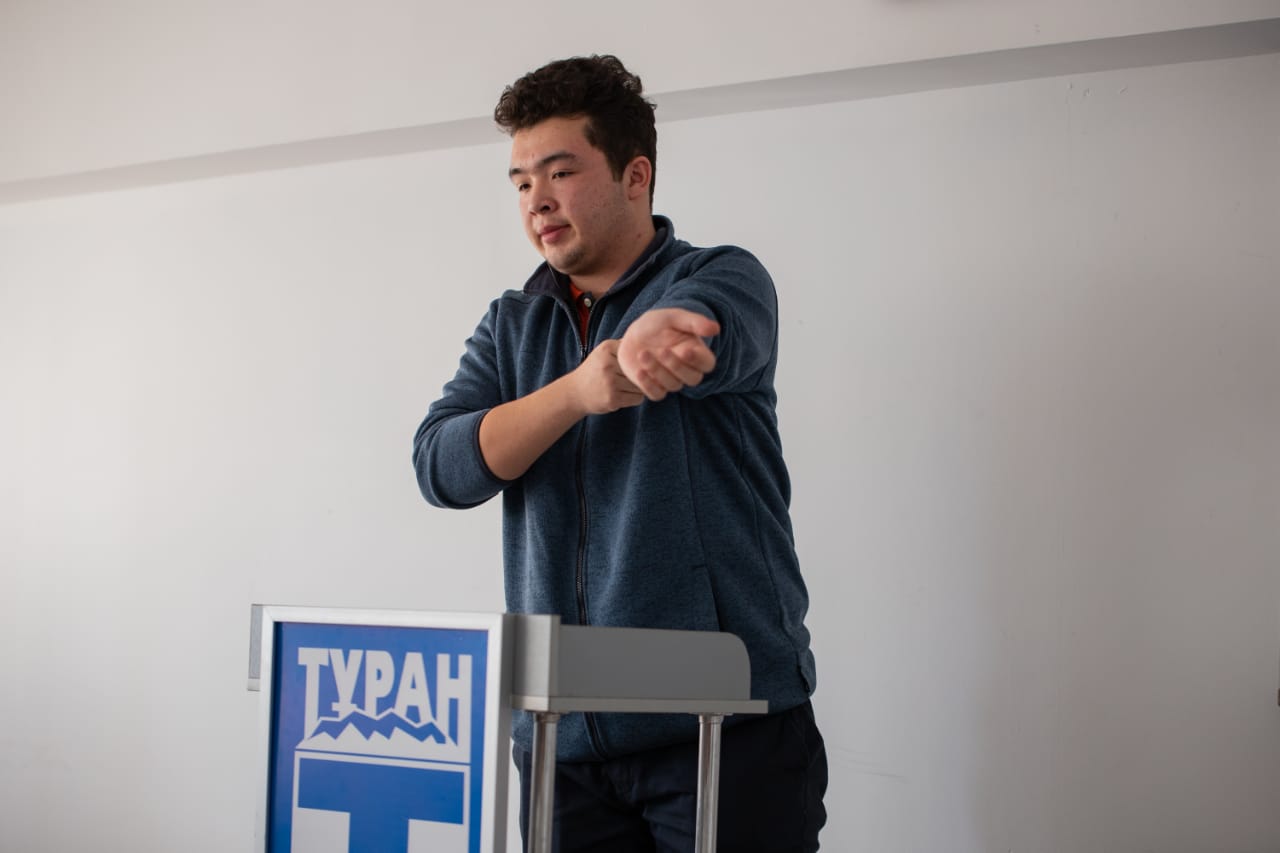 The debate club of the Russian league «AUDC Pantheon» continues to conquer the peaks, hone its skills and in the future will present our university at other city debate tournaments, where it will undoubtedly win.