On November 15, 2022, at the Kazakh University of International Relations and World Languages ​​named after Abylai Khan, the Faculty of Economics and Law organized an event of the official signing ceremony of the Memorandum and the Agreement on social partnership of KazUIRWL named after Abylai Khan and with representatives of business structures and law enforcement agencies.

With a welcoming speech on behalf of the Rector of KazUIRWL named afterAbylai Khan was made by Kunanbayeva D.A. - Vice-Rector for Strategic Development, Ph.D., professor. The speech noted that the signing of the memorandum and agreement on social partnership will allow establishing effective, mutually beneficial, strategic cooperation between the University and business partners on a range of issues of mutual interest, and will undoubtedly bring our cooperation to a qualitatively new level.

2 Prosecutor's office of the Medeu district of Almaty

5 Chamber of Legal Advisers of Almaty

7 Population Service Center of the Medeu district of Almaty

The participants expressed their deep gratitude for organizing such asignificant event for both the university and employers.

Zhaparova Aigerim Anuarovna, the official representative of the BakerTilly International Auditing Company, noted that the company is interested in taking university students for all types of professional practices and internships for university graduates.

Aitbaev Murat Mukatayevich - EX - Director of the Corporate Business Department of Kazakhtelecom JSC expressed his gratitude for the fact that the university pays great attention to the employment of university graduates and the organization of professional practices. JSC Kazakhtelecom is ready to further cooperate with the university in training personnel in accordance with the needs of the labor market.

Then, the official ceremony of signing the Memorandum and the Agreement on social partnership of universitywith representatives of business structures and law enforcement agencies took place. 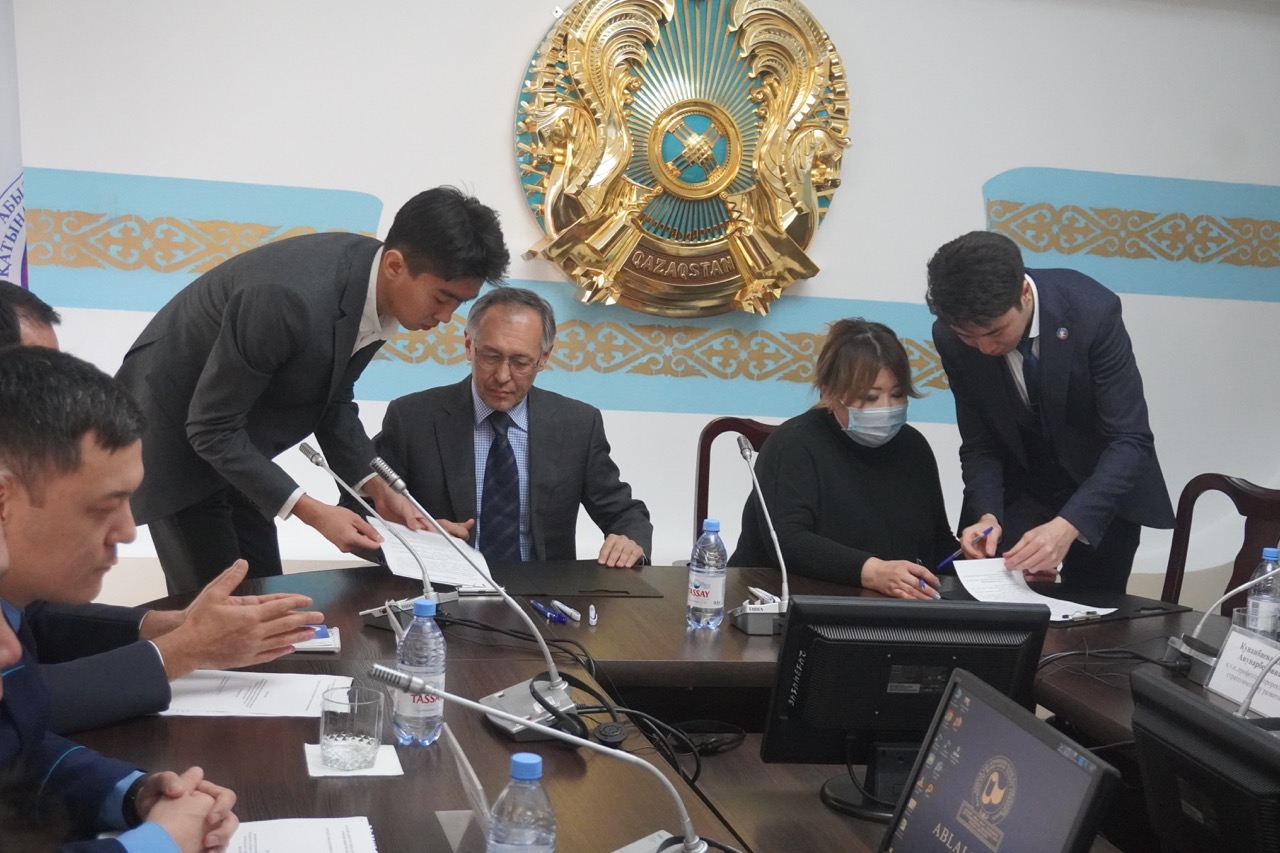