Presentation of scientific works of Doctor of philosophical science, Professor Bulekbaev S.B. and Candidate of Juridical Sciences, associate professor Bulekbaeva R.U. within the framework of the celebration of the 80th anniversary of Kazakh Abylai Khan Un

On December 11, at 14:00, the monograph "Methodological problems of social science in the context of modern issues" and the textbook "On the relationship between the economy and the state in alternative systems", co-authored by Doctor of philosophical science, Professor S. B. Bulekbaev and Candidate of Juridical Sciences, associate professor Bulekbaeva R.U. The event was timed to coincide with the celebration of the 80th anniversary of the leading university in KazUIR & WL named after Abylai Khan.

The Vice-Rector for Research and Innovation, Doctor of Economic Sciences , Professor M.U. Uspanova made a welcoming speech. She dwelled on the relevance of the scientific meeting, warmly greeted its participants, wished everyone fruitful work. The moderator of the online round table was Doctor of philosophical science, Professor Aidarbekov Z.S. 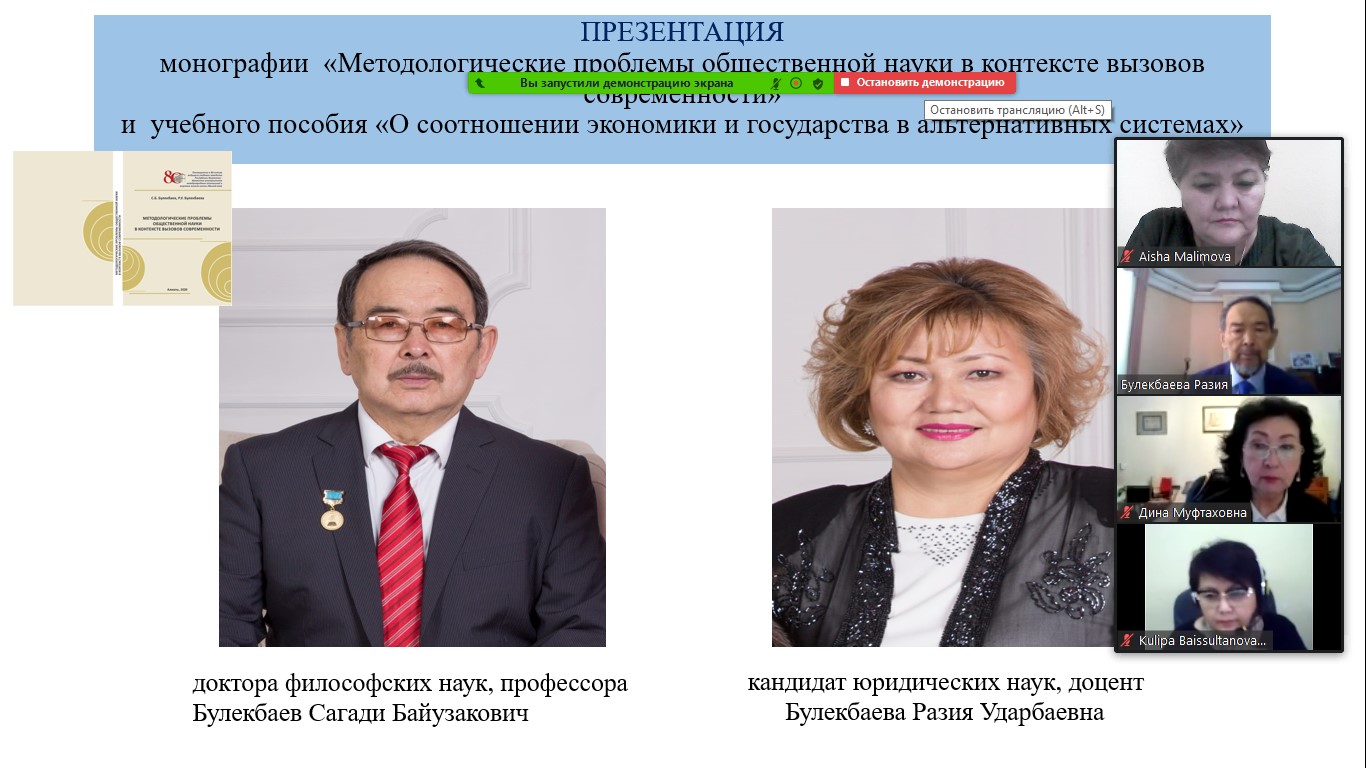 Doctor of philosophical science, Professor S. B. Bulekbaev and Candidate of Juridical Sciences, associate professor Bulekbaeva R.U. in their speech dwelt on the methodological problems of social science in the context of the issues of curent time. According to the authors, it is necessary to search and create a new metaparadigm of science and a new methodology in order to overcome the modern systemic crisis in various fields of activity. 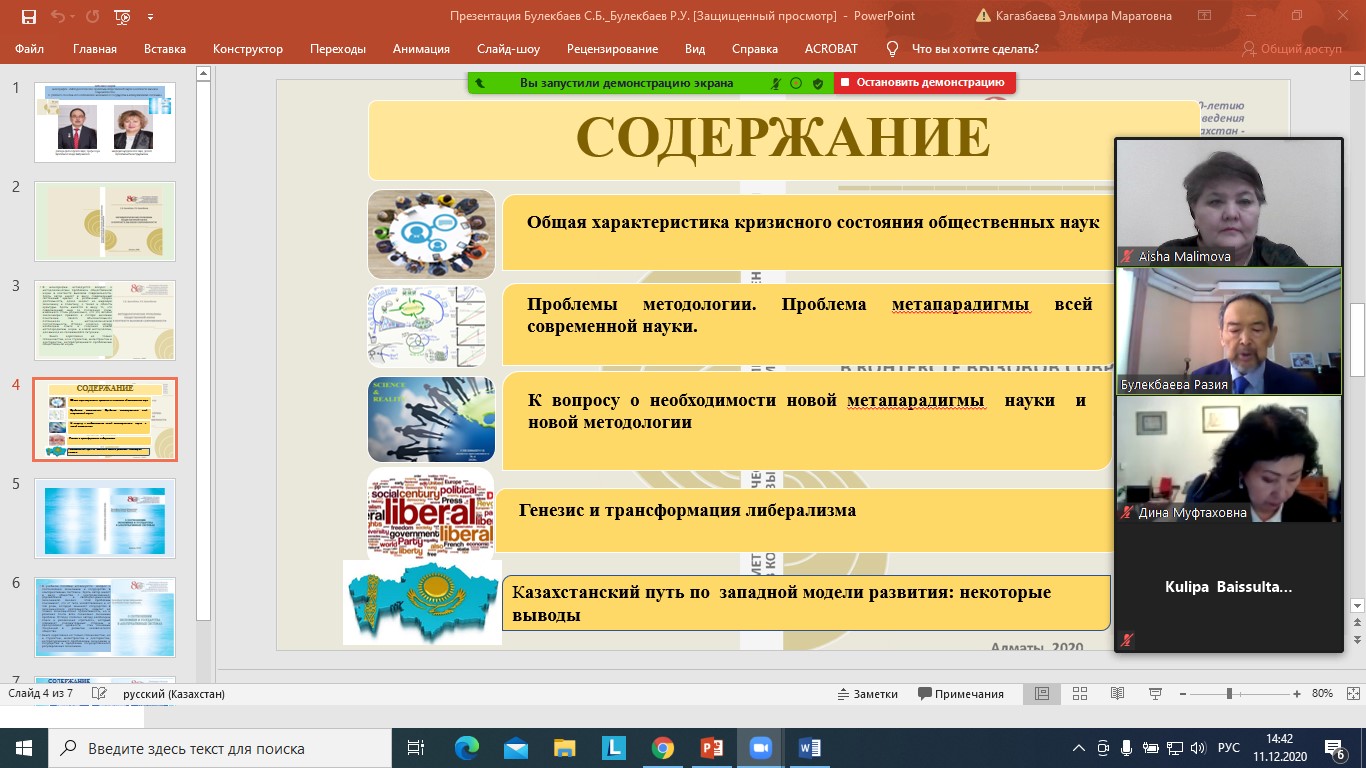 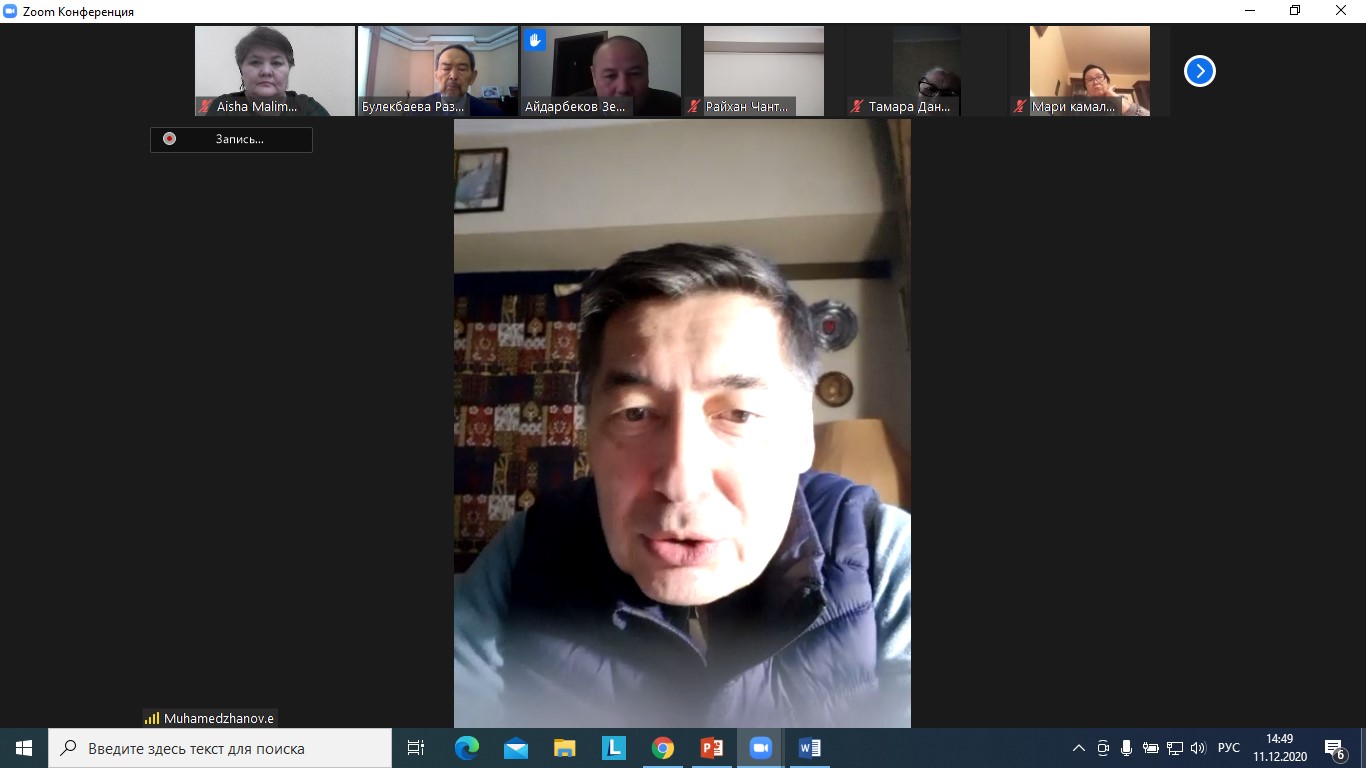 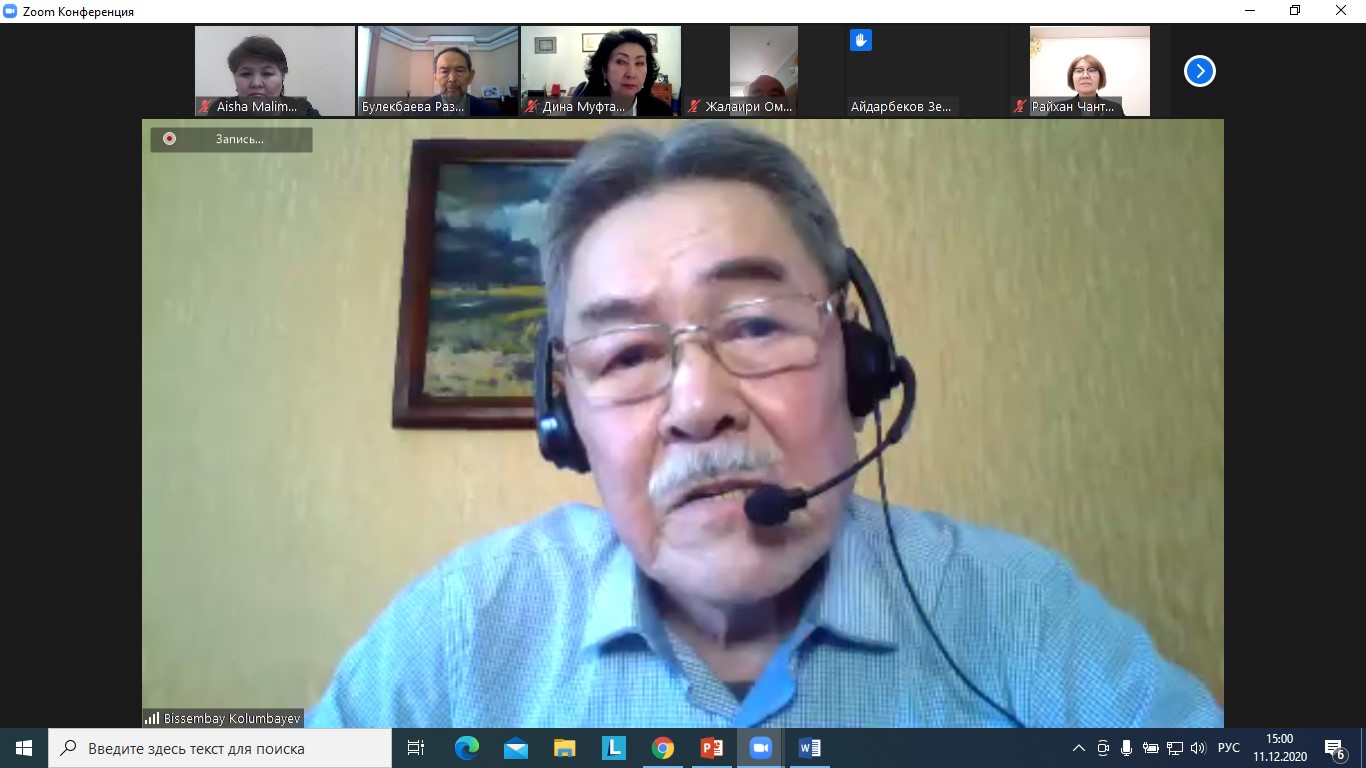 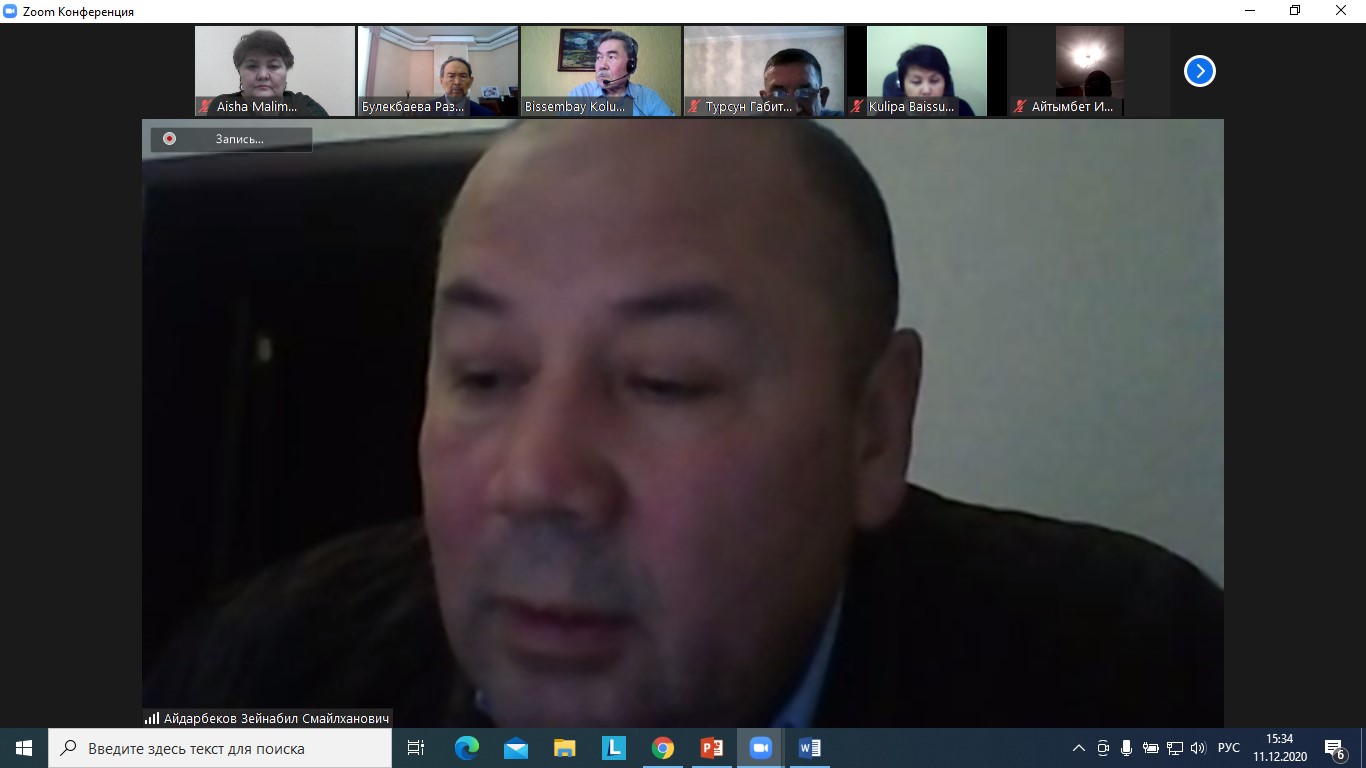 The monograph and study guide can be found on the website of the Kazakh Abylai Khan University of International Relations and World Languages: https://clck.ru/SMhju