On April 26, under the supervision of Associate professor of the Professional Department of International Relations Shukyzhanova A. N., students of the Kazakh, Russian and English departments of the specialty "Regional Studies" took part in the final stage of the Republican Subject Olympiad on the basis of Al-Farabi Kazakh National University with the participation of 5 universities.

The competition between the teams consisted of three tasks. The first is a video presentation of the teams, the second is a research project "Prospects for the development of Central Asia in the context of the pandemic" and the third is an online quiz among team captains on the "Kahoot" platform. 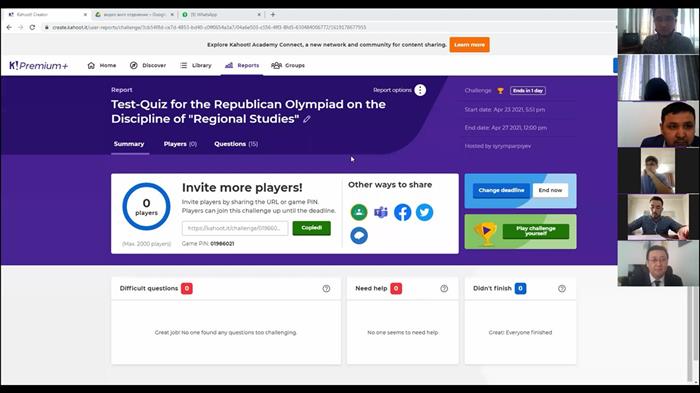 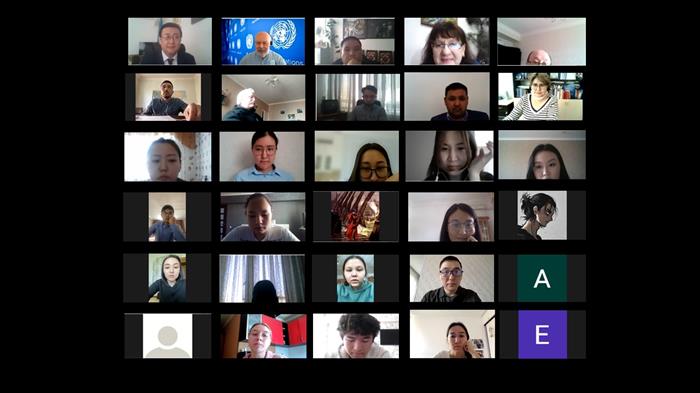