“Linguistic Club” continues to work at Abylai Khan Kazakh University of International Relations and World Languages. In order to develop and motivate young scientists the club was formed in October 2020. "Foreign Philology" Master students in addition to the areas of master's theses are  deep interested in general linguistic transformations. Contemporary interdisciplinary integration directly affects the field of Linguistics. Cognitive linguistics, neurolinguistics, cognitive and pragma-sociolinguistic aspects are in an active stage of discussion by the participants of the club. 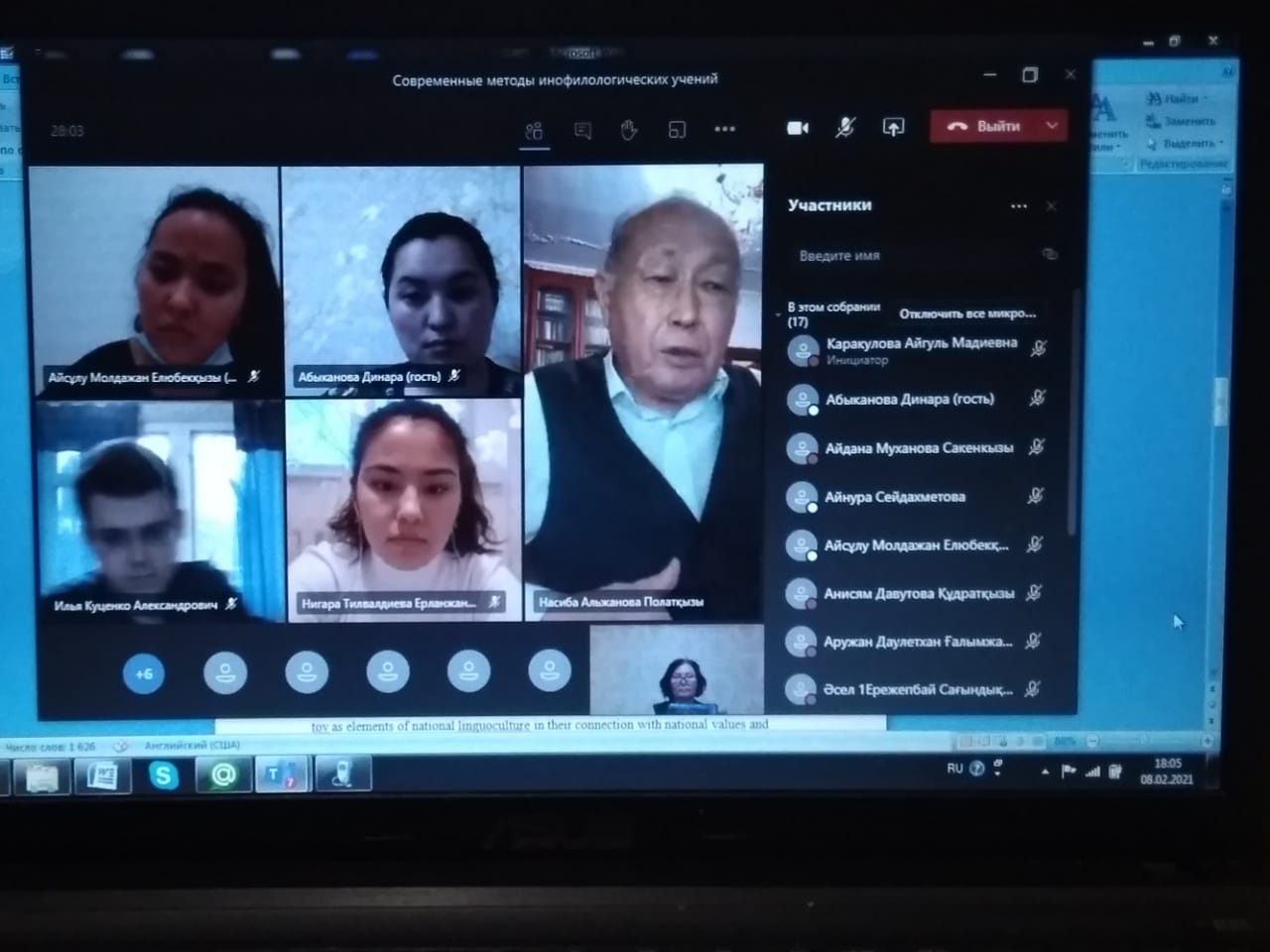 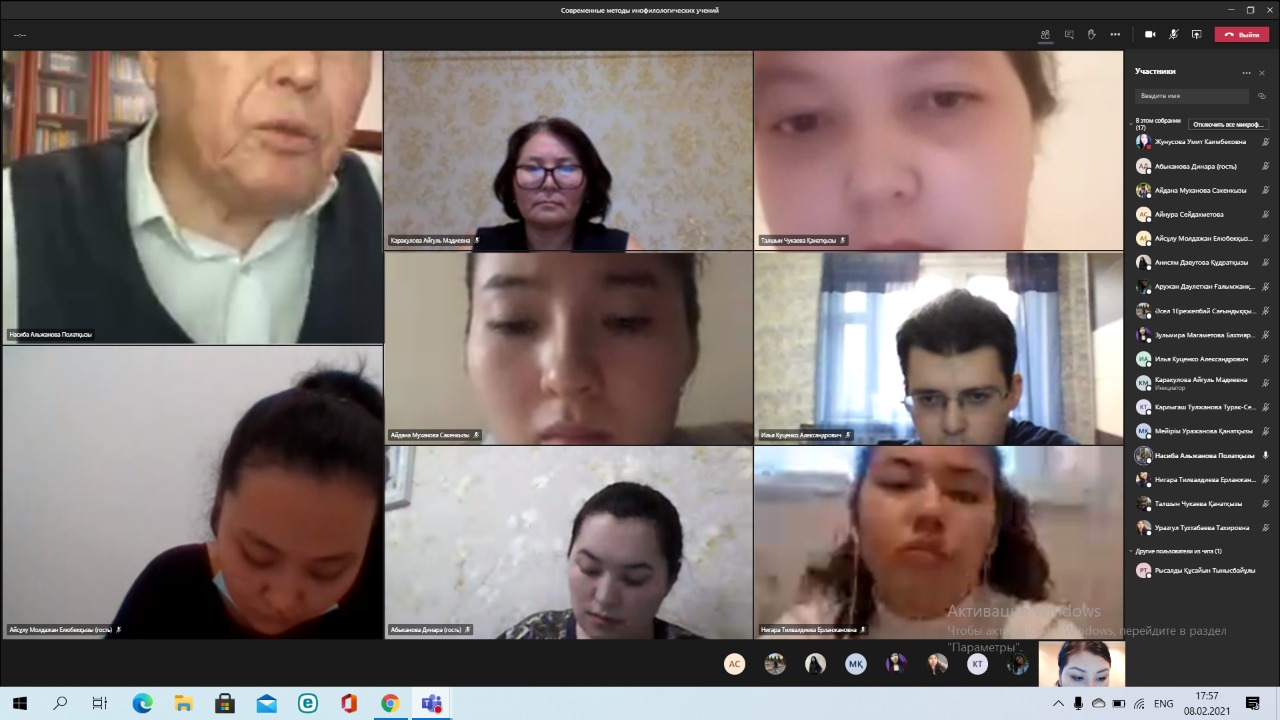 02/08/2021 Doctor of Philology, Professor Rysaldy Kusain Tynysbaevich at the meeting in the club with postgraduates shared information about the features of comparative grammar of Kazakh and German languages, the functional semantic structure of simple and complex sentences. He also called on young scientists to pay attention to lingual synergetics as a modern scientific transdisciplinary methodology. He explained the basic concepts of the new direction of synergy in modern linguistics, the possibility of applying a synergistic approach to the study of language, speech activity. He outlined the boundaries and main tasks of the new field in the study of the language system, taking into account the dynamic structure of languages. Postgraduates members of the circle are immensely grateful to the Professor for valuable conversation. Some of them expressed a desire to use a synergistic approach as one of the research methods on the topics of master's theses. Meetings in Linguistic club are organized by Candidate on Philology, Docent Karakulova A.M. on Microsoft Teams platform.